A route through the desires, the block frustrations and the hidden yearns of the body, by the experimentation’s path of two characters that try to find the way to relate to each other.
A reflection about what we really are and what the protocol wants us to be.
A hunting place for their bodies where they will fight between the instincts and the convention. 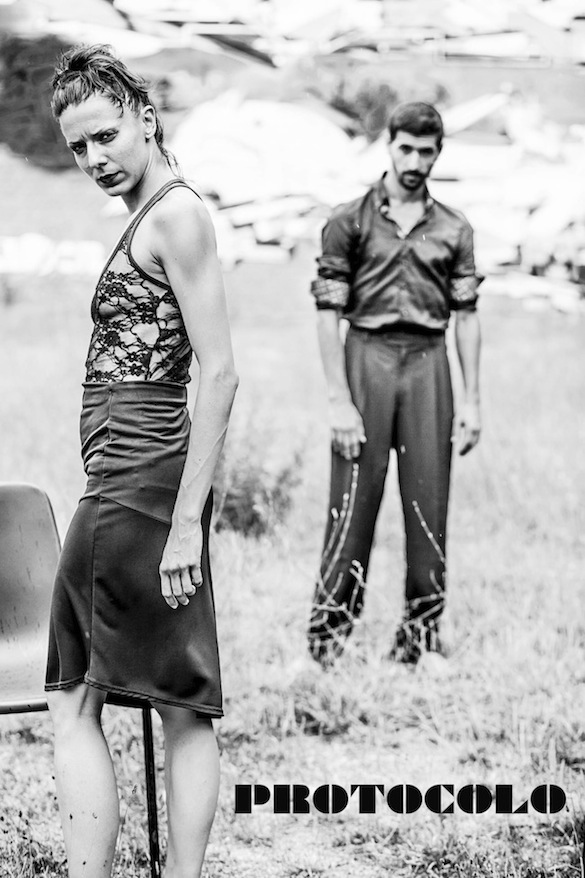